Lt. Gov. Byron Mallott joined residents of King Cove in Washington, D.C. this morning to make another plea for a road between King Cove and the all-weather airport in Cold Bay.

Mallott likens the road effort to other public land-use conflicts, in which, he says, federal policymakers put concern for wildlife habitat and the “national interest” ahead of the needs of rural Alaskans.

“In order to preserve something that’s called ‘the greater good,’ our lives are minimized, marginalized and in many ways consciously — consciously! — determined to be unimportant, to the point where we become faceless,” he said.

Mallott spoke at a hearing called by Sen. Lisa Murkowski, who says she’s trying to attach faces to the issue for Washington to see. Della Trumble, a witness from King Cove, says she’s been trying to get a road for 35 years, and Alaska’s congressional delegation has tried since at least the 1990s. Road proponents say residents need a way out in bad weather, especially during medical emergencies.

But 11 miles of the road would have to be built in the Izembek National Wildlife Refuge. 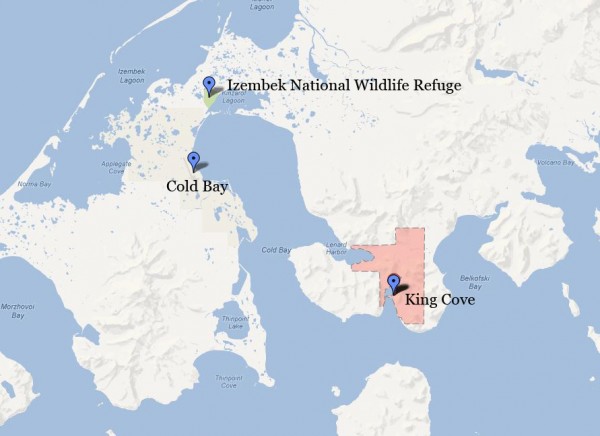 “This refuge is one of the most vital and extraordinary wildlife refuges in the world, and it must remain that way for all Americans to enjoy,” said Nicole Whittington-Evans, Alaska director for The Wilderness Society, who testified against the road.

She says the road would pass through a strip of land that’s an important wildlife corridor for bear, wolves and caribou. On either side of that land corridor are two lagoons that she calls the heart of the refuge.

“Most of the world’s population of Pacific Black brant and emperor geese, and a significant portion of the threatened Steller’s eider population, depend on Izembek’s habitat,” she said.

“Strapping an injured patient in a gurney and hoisting them up to the dock on a boat, which can be as much as 25 feet, is always a scary situation. This is basically what we have to do,” Mack said. “Or putting elders in a crab pot and using a crane to hoist them to the top of the dock is frightening.”

Speaking to reporters after the hearing, Alaska Congressman Don Young said the secretary is valuing geese over people. Young says he might just go to King Cove and build the road himself.

“So I could drive that D-8 cat right down that road, right where it’s been surveyed and then see what they’re going do,” the congressman said. “Now, if they arrest me, that’s better yet.”

Sen. Murkowski says she’s not giving up. She didn’t say what her next move will be, but she noted that Jewell won’t be Interior secretary much longer.