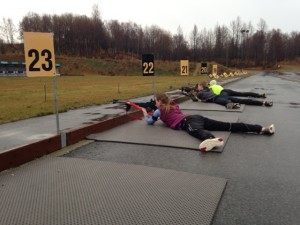 What’s more Alaskan than skiing? Shooting things, of course. So biathlon must be the most Alaskan sport of all–it’s skiing fast and shooting accurately, combined. We’ll spend time at the range as young people and newcomers learn about the sport. And we’ll talk to an Olympian and a former World Cup competitor about the top of level of biathlon, where our community shines. We’re revisiting this great episode from 2015.