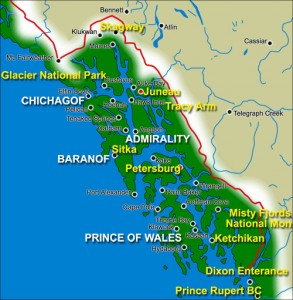 The Obama administration last week announced a new planning rule for national forests, and today said the Chugach National Forest will be among the first where the new rule will be used.

The Chugach’s current plan was enacted in 2002, and is due for renewal soon anyway.

According to Regional Forester Beth Pendleton, the Tongass National Forest, in Southeast, will be less affected by the new rule because many of its principles are already being applied there – such as watershed protections, and standards for restoring areas that have been logged.  She welcomes the new rule.

“The new real strength of this planning rule is that focus on collaborations and utilization of best science in that revision process,” Pendleton said.

“We know these communities rely on the forest for jobs, clean air and clean water. We believe that this framework will take their concerns into consideration. We also believe that if an amendment or a change is required, it will take less time and less money to accomplish that change than under previous efforts,” Vilsack said.

The Chugach Forest covers about five and a half million acres, including the Copper River Delta, much of the Kenai Peninsula, and wilderness areas in Prince William Sound.  Pendleton says she expects the new rule to be helpful in revising the land use plan for the Chugach:

“We will be doing that under a new, more modern planning rule that I believe is going to better reflect science, public values and knowledge on how to create and implement more effective land management plans,” Pendleton said.

The rule requires planners to address climate change’s impacts on the forests.  The environmental Impact Statement for the new rule is out for public comment.