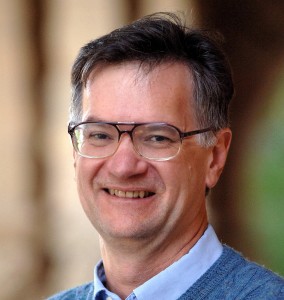 Dr. Stephen Stedman analyzes the threats that surround us, but does not yield to the temptation to despair. He rightly points out that in a world of problems without passports, our security and prosperity depend on unprecedented international cooperation, and that such cooperation is within our reach. By accepting that sovereignty incurs responsibilities and by strengthening international institutions, governments can create an international order in which all can be safe and thrive.
Professor Stedman served as the Director for the Global Commission on Elections, Democracy, and Security, a body of eminent persons tasked with developing recommendations on promoting and protecting the integrity of elections and international electoral assistance. The Commission is a joint project of the Kofi Annan Foundation and International IDEA, an intergovernmental organization that works on international democracy and electoral assistance. In 2003-04 Professor Stedman was Research Director of the United Nations High-level Panel on Threats, Challenges and Change and was a principal drafter of the Panel’s report, A More Secure World: Our Shared Responsibility. In 2005 he served as Assistant Secretary-General and Special Advisor to the Secretary-General of the United Nations, with responsibility for working with governments to adopt the Panel’s recommendations for strengthening collective security and for implementing changes within the United Nations Secretariat, including the creation of a Peacebuilding Support Office, a Counter Terrorism Task Force, and a Policy Committee to act as a cabinet to the Secretary-General.
DOWNLOAD AUDIO
SPEAKERS: