Alaska is not what you might picture when you think of breaking. But it’s been the backdrop for b-boys and b-girls who’ve taken the art form from recreational centers to world stages.

Bri Pritchard is a b-girl from Anchorage. Also known as Snap1, she started breaking when she was 17. She’s 30 now and an Olympic hopeful.

Pritchard says she usually wakes up every day at 4 a.m. and trains alone on a mat in a spare room in her house. It’s similar to how she started.

“I would watch the kids when I was 17 in high school, and then I would go home and go practice in my garage or watch YouTube videos,” she said.

Eventually, she joined other dancers at the Spenard Recreational Center. There was a small fee to use the facilities, but the informal, peer-to-peer lessons were essentially free.

“There would be kids there — younger, older, just dancing, practicing for hours,” Pritchard said.

She says the group she practiced with would spend whole days at the rec center, oftentimes back-to-back. They’d clean up the dance room when the facilities closed, go outside to play basketball at night, and then head back in when the rec center opened in the morning.

Related: Will this Alaskan be the first U.S. Olympic break dancer in 2024? | INDIE ALASKA

In Anchorage, the dance groups, or crews, were mainly separated by high school. They would visit one another’s schools during lunch hours to stack their skills up against each other, and an audience would gather in a common area to watch. But the rec was where they could scope out the competition.

“So every time you went to the rec center, it was kind of like you had something to prove all the time,” she said.

Back then, Pritchard was the only female in her crew, Elements of Rhythm. She was also the only competitive b-girl in Anchorage’s male-dominated hip-hop and dance community.

Her crew participated in competitions, called jams, in Anchorage and Fairbanks. For a lot of people, this was where the real competition was at. It included a group of Anchorage b-boys from the scene’s first-generation, the Illaskan Assassins.

“They were our heroes,” Pritchard said. “And then we started practicing, and then we were out to beat them.”

The Illaskan Assassins were known for cultivating the hip-hop community in Anchorage. They traveled to national events and became fairly well-known outside of Alaska. This was a course Pritchard and her crew would end up following.

She competed regularly within Alaska, but Pritchard says it didn’t click for her that she could make something out of breaking until she went out of state. She says she wanted to use dance as a way to meet new people and see new places.

“Because if you’ve lived here long enough, you know that we’re isolated here in Alaska,” she said. “And it’s a great place to live, but there is just so much more out there in the rest of the world.”

Now it’s taken her all over the map — winning competitions in Nevada, Florida and Arizona, and to jams in Europe.

When Pritchard isn’t competing, she’s a helicopter mechanic with the Alaska Army National Guard. She was deployed to Iraq last year, along with her husband.

If breaking and military life sound like the complete opposite of each other, that’s because they are. And she says when she first met her husband through the military, she had to dismantle the images he had of hip-hop culture through stereotypical and sometimes violent depictions in popular media.

“And eventually, when I did ease him into it, and then he met the people, and then he got to actually see the culture for what it was, it really changed him,” she said.

The 2024 Olympics will be held in Paris. It’s the first time athletes will compete in breaking at the games. In order to get on Team USA, breakers need to rack up enough points or win first or second place at nationals. Pritchard has a real chance; she’s ranked No. 2 in the country for her division.

It hasn’t been easy pursuing her goal to get on the national team. She still works full-time and competes on the weekends. She has a sponsorship, but she’s been funding most of her trips herself. She’s also a full-time student and currently pursuing a bachelor’s degree in kinesiology.

Beyond an Olympic medal, she’s hoping getting on Team USA’s roster will inspire a new generation of b-girls and b-boys in Alaska. The scene she grew up with has dwindled. People have moved on, jams are now few and far between and the rec center doesn’t have the same groups of kids battling each other.

But Pritchard and her original crew have tried to revive the community. They’ve organized events on their own, and they’ve spent time teaching kids how to break. And one of her old crew members — another accomplished breaker, Jeremy “B-Boy Ives” Viray — recently took up ownership of a dance studio in Anchorage.

Pritchard sits on her mat at home and talks about the plans she has beyond the Olympics. The sun beams in through the window and lights up the room. There’s an auspicious glow around her. It’s as if the light sparks her energy. She says she’s not afraid of getting older. B-boys and b-girls are still at their prime well into their 30s, and sometimes even their 40s. The older they get, the more they understand their bodies and come into their own.

In 2018, she joined a new team called Flooristas, an all-female crew. And she says even though she’s grateful for her start with b-boys, she’s thrilled to finally be alongside other b-girls who understand the female body and its motions.

This is a new era in her life, and there’s a fire to it, an eagerness. She and her husband are getting ready to leave Alaska. She has plans to keep competing for at least another 15 years, and after that, she’ll coach.  And while she’s called “Alaska’s only b-girl,” there’s hope she isn’t the last. 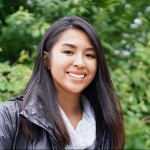