Micheley Kowalski runs a coffeehouse in Seward, Alaska and everyone in the community of 2,800 people thinks they know the best way to run it.

“Everybody has an opinion,” she said. “It’s like everyone in here is like ‘You know, Micheley, you know what you should do in the coffeehouse.’ And I’m like ‘Yeah, I know.'”

She’s okay with it because she’s not the only one being barraged with ideas. Everyone has opinions about how to improve the whole town, she said. An organization Kowalski works with, Wellness for All, deals with this constant influx of ideas by inviting everyone to an annual community planning day called Seward Strong. It’s based on a similar event held in Sitka.

“Everybody has the opportunity to get up for I think it’s like 90 seconds, something like, that where they’re like, ‘This is what Seward needs!’” Kowalski explained.

Then people vote on what they think will work best and those ideas are seeded with a small grant from Wellness for All. So what makes an event like this possible? Lots of collaboration and a bit of money from the Seward Community Foundation.

A few years back, an older fellow named Tony Rollo lived in Seward. He used to go to the public library a lot, where he met Patty Linville.

“He was very proud of the fact that he could wear a lot of sweaters and not spend a lot of money on heat,” she recalled. “He lived in a sub-sufficient house, I guess you’d say.” 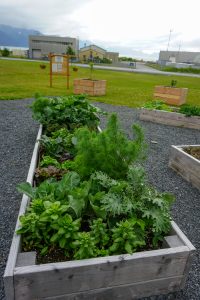 By the time Rollo passed away he had saved $1.9 million, which he donated it to the Seward Community Foundation. Linville now sits on their board. The bequest is invested in a statewide charitable fund along with other donations and the Seward organization relies on the interest the fund earns to help local groups. The money has funded big projects, like the area’s first hospice program, and small things, like studded tires for the wrestling club’s van.

Linville said years ago, before the foundation started, small projects required a lot of work. “When my kids were little, I was the president of the Tsunami Swim Club, and we had a lot of bake sales.”

Now, the Seward Community Foundation uses the interest from its endowment to give out monthly mini-grants of up to $1,000.

“This makes it a lot easier for people to focus on the mission of their nonprofit instead of always thinking about how they’re going to manage the funding,” Linville said.

The statewide Alaska Community Foundation works with 10 different affiliates, including the one in Seward. They help the smaller groups manage their money, but the decision making about granting stays at the local level. Altogether, the affiliates have given out 800 grants over the past 10 years totaling more than $1.3 million.

Mariko Sarafin, Affiliate Community Officer, said Seward’s story is unique. Most communities don’t get such a large pot of seed money, but the local foundations have attracted many donors.

“This is really investing in the long-term health and well-being of each of their communities,” she said. “I actually think it’s the most powerful vehicle of philanthropy because the money is always going to be there for the community. A percentage comes off and pays for grant-making now, but it’s really meant to be a long-term solution.”

It took $2,000 from the Seward Community Foundation to get the Seward Strong planning day going. These days, Kowalski, the coffeehouse owner, helps organize the event, but during the first meeting, in late 2016, she was a participant when her friend Callie Bacon made a pitch to build a community garden. 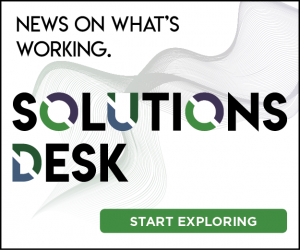 “It was funny because I was there pitching an idea, and I said ‘Dang it! Callie’s gonna win because her idea’s so good!’” Kowalski recalled, laughing.

Bacon did win. Now, an open grassy area near Resurrection Bay hosts garden boxes with leafy greens spilling over the sides and pots of herbs flowering in the center near a park bench.

Kowalski walked through the now complete garden and remarked on its success. “Not only does it help because it brings the community together because there are planting days and there are planning days, but also it’s learning about growing food and then there’s the actual food, so it nourishes the community.”

The Seward Community Foundation is hoping to nourish the community, too, with little bits of money at a time.