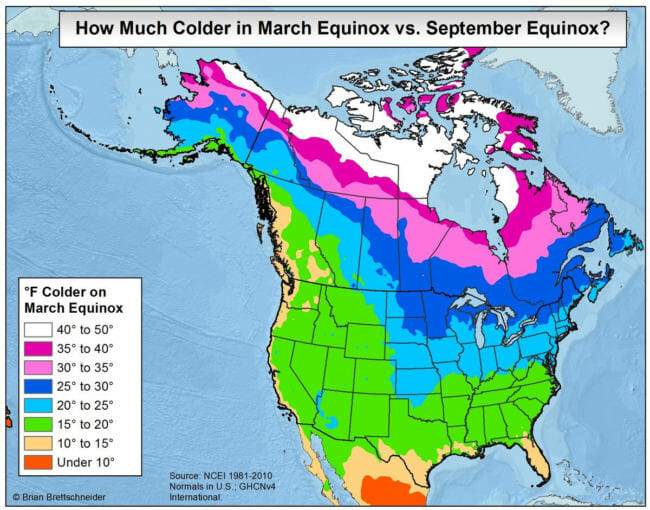 The spring equinox occurred at 8:15 this morning in Alaska. And no, that doesn’t mean you can balance a raw egg on end.

It does mean that the sun is directly over the equator, giving equal amounts of daylight and darkness around the world.

Brian Brettschneider is a climatologist based in Anchorage with the University of Alaska Fairbanks. He says the March equinox is often confused with the first day of spring.

It’s not the first day of spring, in terms of climate. It’s the 20th day of spring. In climate terms, spring is March, April and May in the northern hemisphere.

It’s a lot colder on the spring equinox than the fall equinox, even though there’s the same amount of daylight. That’s because of something called thermal lag. The earth is about two-thirds ocean water and that water takes a long time to heat up in the summer. So the warmest temps occur after the summer solstice. It also takes a long time to cool down after the fall equinox.