Throughout July, dense streams of vehicles head down to the Kenai Peninsula with large, awkward dipnets strapped to the roof or hanging out the back. One weekend, Dawn McAlpin’s aging RV was one of them. It broke down on the three-hour long journey from Anchorage to the Kasilof River, but eventually, she made it to the gull-filled beach where I met her.

“Cost-wise, does it make sense for you guys to supplement your diet with fish?” I asked her as she cleaned fish, sharing her equipment with others she met on the beach.

McAlpin expressed a common opinion – fishing isn’t a solution for food insecurity in Alaska, especially in urban areas, because it costs too much to do it. But is she right?

A few hours after McAlpin packed up her fish, Bradley Frederickson from Trapper Creek pushed his five-foot-wide metal dipnet into the river at the same spot. He stood chest-deep in the icy cold water, holding the end of the long metal pole.

After a few seconds I asked, “So now you just wait?”

“Nope,” Fredrickson replied as a fish struck his net. He splashed back to shore, ready to bonk the salmon on its head.

Twenty-year-old Fredrickson, his parents, grandma and siblings all know what it’s like to be hungry.

“There were winters where I had nothing but fish and potatoes and rice,” Fredrickson recalled. “That was it. That’s literally what we ate all winter long, every meal.”

Many summers Fredrickson has helped his family fill the freezer by sport fishing. He’d drive 20 to 30 miles round trip to local rivers, but he was limited to three fish per day. It took Fredrickson weeks to fill the freezer, and he said the fish were in bad shape.

“The fish start to deteriorate because of the time they’re in the water,” Fredrickson explained. The salmon swim about 75 miles upstream before they reach him.

The other adults in the house can’t fish either because of disabilities or being busy looking after small children.

So this year, Fredrickson decided to take a day off work from his construction job and join his friend for dipnetting on the Kasilof. Dipnetting is a personal use fishery and has much higher limits.

Fredrickson said his boss fully supports him. “He’s like, ‘Good, do it all. Go fill your freezer like I just did.’ And I’m like ‘Awesome! I’m so excited now!”

But does it pay off to miss work and drive more than 550 miles round trip, just to get fish? His friend joined him on the beach and they start doing the math.

They thought they would spend about $150 in gas total. They were camping on the beach for free, already owned or borrowed the gear and were not spending a lot on food. Given current prices of whole red salmon — about $6.50 per pound — they figured they’d only need to catch five salmon to make it worthwhile.

Only a few hours in, Fredrickson already had eight. His limit for his six-person family was 75.

They aren’t the only ones doing the math. So are researchers at the Alaska Department of Fish and Game, like Marylynne Kostick with the subsistence division. 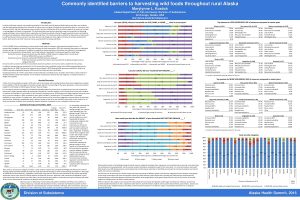 Kostick said you can’t put a monetary value on the communal and cultural aspects of subsistence harvesting, but researchers do know that fishing pays off. In some rural communities, people can use their food stamps to buy subsistence gear, like fishing nets, which makes it even more affordable. However, few people use the benefit to buy gear.

In 2014, the most recently available data, Alaskans harvested nearly 46 million pounds of wild foods, including fish, game and plants. In rural areas, that averaged out to about 275 pounds per person. In urban areas, it was only about 19. If all of that food was replaced by store-bought items at $6 per pound, it would cost more than $275 million.

So is dipnetting on the already crowded shores of local rivers the solution for food insecurity in parts of Alaska?

Kostick said even though it can easily pay for itself, it’s not for everyone.

“You know, a lot of folks, they don’t have time,” Kostick said. “They don’t have the interest to go out and harvest their own fish, to go down and use the personal use fishery. But those fish are still being caught out there.”

Alaska’s commercial fisheries are pulling in nearly 99 percent of the state’s wild caught fish and game.

Tapping into that and “making it readily available and easily accessible to residents. That really has the potential to bolster food security in the state,” she said.

But even if that happens, some residents, like Fredrickson will still be hitting the shores, harvesting their freshly caught fish.

“If you couldn’t hunt and fish, would you have enough food in your household?” I asked him as he gutted his salmon.

“No. No,” Fredrickson said emphatically. “Not even close. It would be bad.”

So he kept fishing.