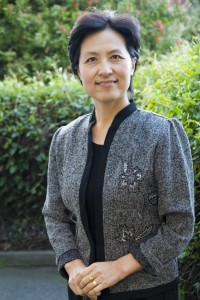 Lixin Huang currently serves as the President of the American College of Traditional Chinese Medicine in San Francisco, and has served in numerous capacities with the World Federation of Chinese Medicine Societies. Lixin has traveled around the world presenting on the use of acupuncture and traditional Chinese medicine in the United States. Lixin has received several awards, including the Chinese Medicine Leadership Award from the American Association of Acupuncture and Oriental Medicine in 2013, and the Outstanding Leadership Award from the Council of Colleges of Acupuncture and Oriental Medicine in 2014. Lixin holds her BA in English Language from the Xi’an Foreign Languages Institute in Xi’an, China, and her MS in Adult Continuing Education Studies from Northern Illinois University.

Addressing Alaskans features local lectures and forums recorded at public events taking place in Southcentral Alaska. A variety of local organizations host speakers addressing topics that matter to Alaskans. To let us know about an upcoming community event that you would like to hear on Addressing Alaskans, please Contact Us with details.