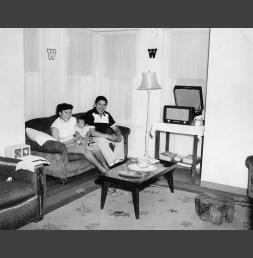 URBAN REZ  explores the controversial legacy and modern-day repercussions of the Urban Relocation Program (1952-1973), the greatest voluntary upheaval of Native Americans during the 20th century.

During the documentary, dozens of American Indians representing tribal groups from across the West recall their first-hand experiences with relocation, including the early hardships, struggles with isolation and racism.

Interviewees also speak about the challenges of maintaining one’s own tribal traditions — from language to hunting — while assimilating into the larger society. Actor, musician and Oglala Lakota member Moses Brings Plenty narrates this insightful film about this seldom-told chapter in American history.

I am a Cultural Artist | INDIE ALASKA