Is climate change a religious issue? A group of Alaskans says yes. They joined together this weekend in Anchorage for an interfaith Earth Care Jamboree. 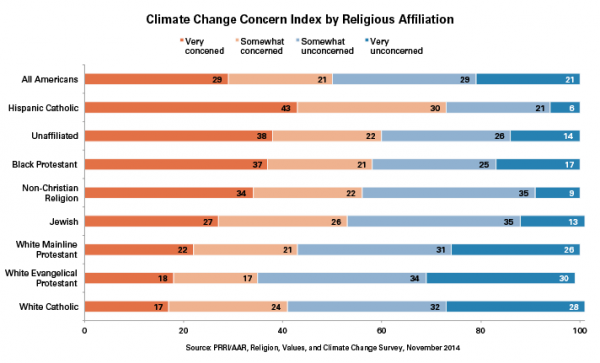 Thick fog enveloped the mountains as about 75 people from Anchorage and the Mat-Su Valley attended workshops and panels on climate and faith.

“Any person who has a devotion to God in any form should think of the Earth as a creation that needs to be protected, needs to be cared for in a proper way,” said panelist Orthodox Bishop David Mahaffey. “So as a human being who knows and loves a creator God, I feel it’s my role to be involved in these things.”

The Bishop said he incorporates protection of the environment in his daily life and sacraments. For him and many of the other speakers at the conference, faith and environmental protection are not just linked; they are inextricably tied together.

And for some leaders, like Dr. Genmyo Zeedyk of the Anchorage Zen Community, that means speaking up about climate change.

“It seems that as faith leaders, arguably, one of our most fundamental activities is to help people in our various faith communities touch the Great Spirit – whatever word you want to call that – and then live that out in daily life,” she said during a panel discussion. “And to live it out in daily life means to care.”

A 2014 survey by the Public Religion Research Institute shows that the more people hear about climate change from their religious leaders, the more likely they are to believe in it.

But Presbyterian Reverend Dr. Curt Karns said that doesn’t mean climate change is an easy conversation to have with congregations in oil-dependent Alaska.

“In our churches, where we all want to be nice to each other, we often try to dance around important topics. But you need then the prophets who say you’ve got to take a look at this. What we’ve found is that it’s hard to get a congregation up and moving. But there are few folks who get the vision so we try to connect them across congregations.”

The 2014 survey shows that Hispanic Catholics in the United States are the most likely religious group to be concerned about climate change. White Evangelical Protestants are the least likely. The nation as a whole is split 50-50.

Jamboree attendee Cyrus Hicks says the division among Christians may be because of different interpretations of scripture.

“I think there’s a huge emphasis on personal salvation and how temporary this life is. A lot of times you hear we are supposed to be ‘in’ the world but not ‘of’ it. And there are scriptures that say not to love the ways of the world. But then you have other scriptures that say God so loved the world that he gave his only begotten son.”

The event was hosted by the InterFaith Earth Care Action Network.