Update: 10:18 p.m. The Division of Forestry now estimates the size of the Sockeye Fire at over 4,000 acres.

Willow residents from Sharen Road south to Nancy Lake Parkway are evacuating, and many people are stuck on one side or the other of the fire, which has closed the Parks Highway.

Update 9:18 p.m. The shelter at the Willow Community Center is moving to Houston Middle School. Buses are helping transport residents from Willow to Houston, according to the Borough.

Update: 8:44 p.m. Willow residents living along the Parks Highway from milepost 69 to milepost 77 are notified to evacuate for safety, reports Emergency Manager Casey Cook and Alaska State Troopers. The Willow Community Center is set up as a shelter. Animal Care is on scene to assist with pets. An emergency information numbers is 861-8500.

Update 7:28 p.m. The shelter for people displaced/stranded by the Sockeye fire will be the Upper Susitna Senior Center on Helena Drive, just south of the intersection of the Talkeetna Spur Road and the Parks Highway.

Update 6:22 p.m. Tim Mowry, spokesman for the Division of Forestry, says it is not confirmed that the fire is human-caused at this time.

Update: 6:12 p.m. Patty Sullivan, spokeswoman for the Mat-Su Borough, confirms that one home has been destroyed in the Sockeye fire.

As many as five may have been destroyed, but that is not confirmed at this time. The Division of Forestry says that the fire has now grown to 1,100 acres.

Update: 5:12 p.m. The latest estimate on the size of the Sockeye Road Fire is 500 acres.  The Alaska Interagency Coordination Center lists the cause of the fire as “human” The Red Cross has set up a shelter at the Willow Community Center for evacuees.

Pets can be brought with a kennel or tie-out.  They ask that owners also bring food for any pets coming to the shelter.

Authorities are asking that anyone not directly involved with fighting the fire or the evacuation stay out of the area.

The Parks Highway has been closed from Sockeye Road to Willow Fishhook Road. 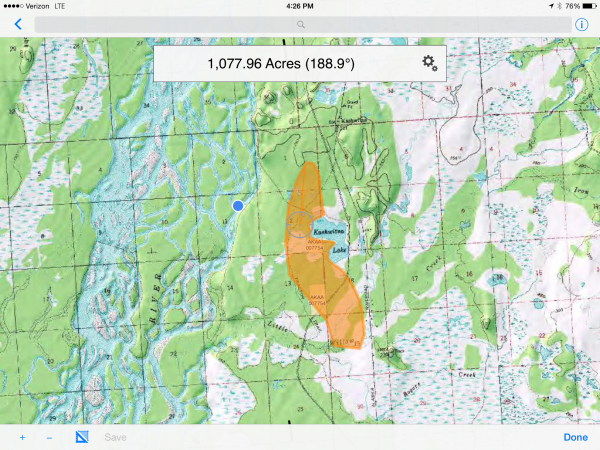 This afternoon, a wildfire in the Willow area prompted evacuation homes and the closure of the Parks Highway.

According to Tim Mowry, spokesman for the Division of Forestry, the fire was called in shortly after 1:00 pm.

At that time, it was estimated to be two acres in size. By 3:00 pm, it had grown to over eighty acres. The fire is being driven to the south by wind.

Shortly after 3:00 pm, Mat-Su Borough Emergency Manager Casey Cook confirmed that the Parks Highway is closed between Mile 74 and Willow Fishhook Road, and no traffic is passing through the area.

Officials are advising that people avoid the area of the fire.

As of 3:30, ten homes were confirmed evacuated, and evacuation in the Sharen Road subdivision was beginning.

December was Anchorage’s wettest and second snowiest on record