Before this week’s Talk of Alaska about the best Alaska-based books, we opened up voting to the listeners to get their input into what the top-10 Alaska books should be.

We received tons of feedback and compiled a full list, which you can find here.

Here are the top-10 results based on online voting, comments, emails, social media, and calls we have received…starting with #10: 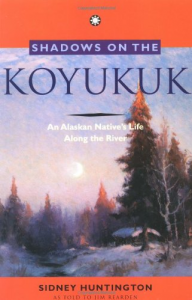 10) Shadows on the Koyukuk: An Alaskan Native’s Life along the River (Sidney Huntington) 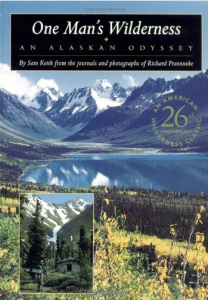 This best-selling memoir from Richard Proenneke’s journals and with firsthand knowledge of his subject and the setting, Sam Keith has woven a tribute to a man who carved his masterpiece out of the beyond.  To live in a pristine land unchanged by man . . . to roam a wilderness through which few other humans has passed . . . to choose an idyllic site, cut trees by hand, and build a log cabin. . . to be self-sufficient craftsman, making what is needed from materials available…to be not at odds with the world, but content with one’s own thoughts, dreams and company.   Thousands have had such dreams, but Richard Proenneke lived them. This book is a moving account of the day-to-day explorations and activities Dick carried out alone….alone in the wilderness…and the constant chain of nature’s events that kept him company. 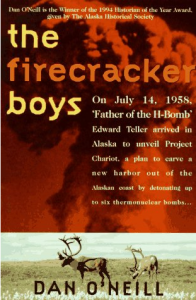 In 1958, Edward Heller, father of the H-bomb, unveiled his plan to detonate six nuclear bombs off the Alaskan coast to create a new harbor. However, the plan was blocked by a handful of Eskimos and biologists, who succeeded in preventing massive nuclear devastation potentially far greater than that of the Chernobyl blast. An unprecedented account of one of the most shocking chapters of the Nuclear Age. 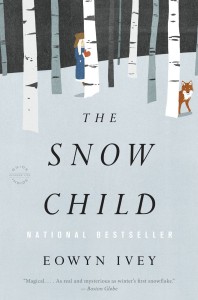 Alaska, 1920: a brutal place to homestead, and especially tough for recent arrivals Jack and Mabel. Childless, they are drifting apart–he breaking under the weight of the work of the farm; she crumbling from loneliness and despair. In a moment of levity during the season’s first snowfall, they build a child out of snow. The next morning the snow child is gone–but they glimpse a young, blonde-haired girl running through the trees.

This little girl, who calls herself Faina, seems to be a child of the woods. She hunts with a red fox at her side, skims lightly across the snow, and somehow survives alone in the Alaskan wilderness. As Jack and Mabel struggle to understand this child who could have stepped from the pages of a fairy tale, they come to love her as their own daughter. But in this beautiful, violent place things are rarely as they appear, and what they eventually learn about Faina will transform all of them. 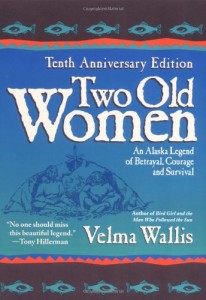 Based on an Athabascan Indian legend passed along for many generations from mothers to daughters of the upper Yukon River Valley in Alaska, this is the suspenseful, shocking, ultimately inspirational tale of two old women abandoned by their tribe during a brutal winter famine.

Though these women have been known to complain more than contribute, they now must either survive on their own or die trying. In simple but vivid detail, Velma Wallis depicts a landscape and way of life that are at once merciless and starkly beautiful. In her old women, she has created two heroines of steely determination whose story of betrayal, friendship, community and forgiveness “speaks straight to the heart with clarity, sweetness and wisdom.” 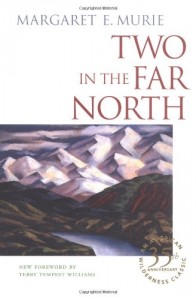 This enduring story of life, adventure, and love in Alaska was written by a woman who embraced the remote Alaskan wilderness and became one of its strongest advocates. In this moving testimonial to the preservation of the Arctic wilderness, Mardy Murie writes from her heart about growing up in Fairbanks, becoming the first woman graduate of the University of Alaska, and marrying noted biologist Olaus J. Murie. So begins her lifelong journey in Alaska and on to Jackson Hole, Wyoming where along with her husband and others, they founded The Wilderness Society. Mardy’s work as one of the earliest female voices for the wilderness movement earned her the Presidential Medal of Freedom. 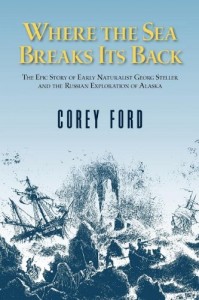 4) Where the Sea Breaks its Back (Corey Ford)

Author Corey Ford writes the classic and moving story of naturalist Georg Whlhelm Steller, who served on the 1741-42 Russian Alaska expedition with explorer Vitus Bering. Steller was one of Europe’s foremost naturalists and the first to document the unique wildlife of the Alaskan coast. In the course of the voyage, Steller made his valuable discoveries and suffered, along with Bering and the cred of the ill-fated brig St. Peter, some of the most grueling experiences in the history of Arctic exploration. First published in 1966, Where the Sea Breaks Its Back was hailed as “among this country’s greatest outdoor writing” by Field & Stream magazine, and today continues to enchant and enlighten the new generations of readers about this amazing and yet tragic expedition, and Georg Steller’s significant discoveries as an early naturalist. 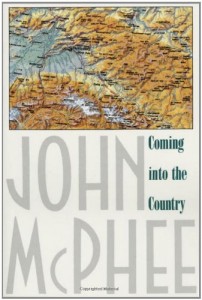 3) Coming into the Country (John McPhee)

Coming into the Country is an unforgettable account of Alaska and Alaskans. It is a rich tapestry of vivid characters, observed landscapes, and descriptive narrative, in three principal segments that deal, respectively, with a total wilderness, with urban Alaska, and with life in the remoteness of the bush.

Readers of McPhee’s earlier books will not be unprepared for his surprising shifts of scene and ordering of events, brilliantly combined into an organic whole. In the course of this volume we are made acquainted with the lore and techniques of placer mining, the habits and legends of the barren-ground grizzly, the outlook of a young Athapaskan chief, and tales of the fortitude of settlers—ordinary people compelled by extraordinary dreams. Coming into the Country unites a vast region of America with one of America’s notable literary craftsmen, singularly qualified to do justice to the scale and grandeur of the design. 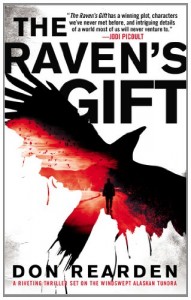 John Morgan and his wife can barely contain their excitement upon arriving as the new teachers in a Yup’ik Eskimo village on the windswept Alaskan tundra. But their move proves disastrous when a deadly epidemic strikes and the isolated community descends into total chaos. When outside aid fails to arrive, John’s only hope lies in escaping the snow-covered tundra and the hunger of the other survivors–he must make the thousand-mile trek across the Alaskan wilderness for help. He encounters a blind Eskimo girl and an elderly woman who need his protection, and he needs their knowledge of the terrain to survive. The harsh journey pushes him beyond his limits as he discovers a new sense of hope and the possibility of loving again. 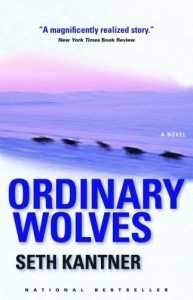 In the tradition of Jack London, Seth Kantner presents an Alaska far removed from majestic clichés of exotic travelogues and picture postcards. Kantner’s vivid and poetic prose lets readers experience Cutuk Hawcly’s life on the Alaskan plains through the character’s own words — feeling the pliers pinch of cold and hunkering in an igloo in blinding blizzards. Always in Cutuk’s mind are his father Ab,; the legendary hunter Enuk Wolfglove, and the wolves — all living out lives on the unforgiving tundra. Jeered and pummeled by native children because he is white, Cutuk becomes a marginal participant in village life, caught between cultures. After an accident for which he is responsible, he faces a decision that could radically change his life. Like his young hero, Seth Kantner grew up in a sod igloo in the Alaska, and his experiences of wearing mukluks before they were fashionable, eating boiled caribou pelvis, and communing with the native tribes add depth and power to this acclaimed narrative.