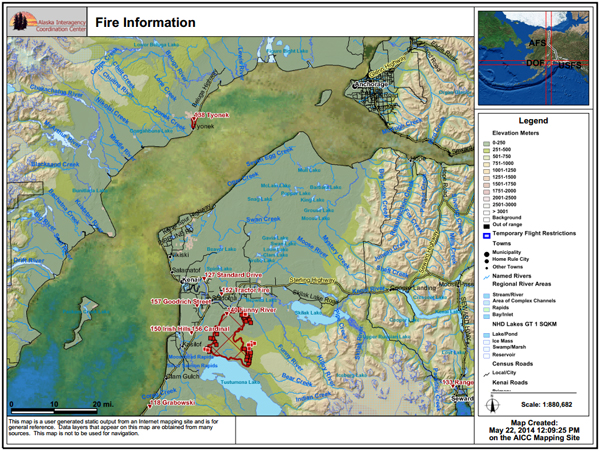 On the western side of Cook Inlet, the Tyonek Fire has grown to over 1,800 acres. 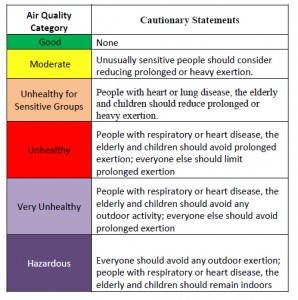 Pete Buist, a fire information officer with the Alaska Interagency Coordination Center, says most of the recent activity has been on the north end of the fire.

“Most of that fire growth is due to what we call spotting, where sparks and embers from the main fire are carried on the convection column up into the air a ways and drop out in front of the main fire,” Buist said.

Though the main fire hasn’t progressed much closer to Beluga, Buist says crews are conducting burnout operations around power lines and oil and gas infrastructure.

“It means that those crews got in around some of the infrastructure there and started little fires on their own burning out towards the main fire, so that if the main fire was to get there, it would have less fuel up close to those things that they want to protect,” he said.

There are 108 firefighters working on the Tyonek fire.

No evacuation orders are in effect for Beluga or Tyonek.

The Funny River fire on the Kenai Peninsula has grown to nearly 50,000 acres since Wednesday afternoon.

“The fire is burning on the southwest and burning uphill towards the mountains, so you’ve got that topographical consideration. You’ve got just miles and miles of black spruce and beetle-killed white spruce and Sitka spruce and Lutz spruce in there – so there’s some pretty heavy fuels involved.”

“And, of course, the weather is still conducive to fire.”

The Funny River fire is still entirely within the Kenai National Wildlife Refuge. Buist says up to this point, no communities or structures have burned down or are imminent danger.

There are 168 firefighters working on the Funny River fire. Four scooper aircraft arrived from Alberta, Canada on Wednesday and will likely focus on the western side of the fire.

Buist says more assets will be added before the fire is contained.