The Department of Defense released a 16 page Arctic Strategy document on Friday.

Secretary of Defense Chuck Hagel talked about it at an event in Nova Scotia. The report states the arctic is at a “strategic inflection point,” transforming from a region of relative isolation to one of increasing access to resource extraction, fishing and tourism as sea ice recedes faster than projected. 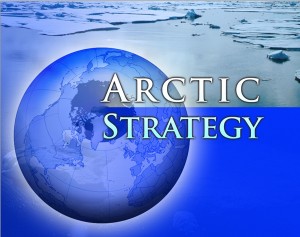 President Obama released a national strategy for the arctic last May.

The Pentagon’s desired outcome states it wants an arctic that is, “A secure and stable region where U.S. national interests are safeguarded, the U.S. homeland is protected and nations work cooperatively to address challenges.”

The document mentions twice the need to work with the Arctic Council, stating the council has a demonstrated ability to address a range of “soft security” issues, such as search and rescue and oil spill response.

Alaska Natives are referenced in a sentence stating consultation and coordination with them on policy will take place when appropriate.

The document identifies challenges such as funding cuts to DOD that may impact future infrastructure and response needs and taking care to not appear too aggressive in addressing anticipated security risks to avoid the perception that the arctic is being militarized, which could cause friction with other nations.