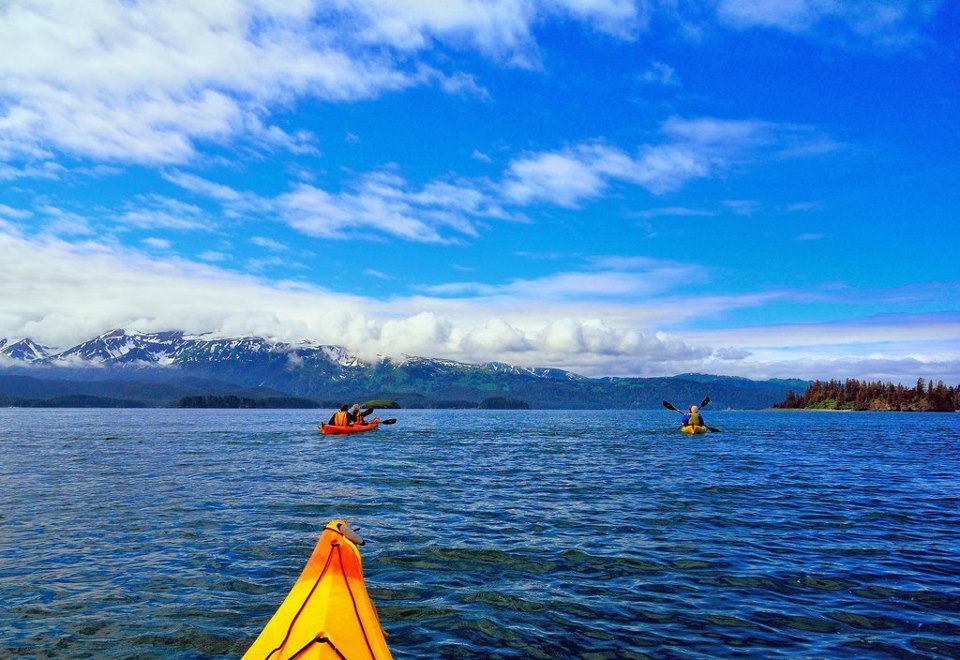 What is a water trail anyway?

While the concept of a water trail might sound foreign to many, Alaska boasts a couple popular water trails that generally go by another name. The Swanson River Canoe Trail and the Nancy Lake Canoe Trail are both well-traveled water trails. According to the National Water Trails System: “Water trails are recreational routes on waterways with a network of public access points supported by broad-based community partnerships. Water trails provide both conservation and recreational opportunities.”

With 125 miles, the Kachemak Bay Water Trail, from the Homer Spit to the City of Seldovia, certainly provides a lot of conservation and recreational opportunities. The Kachemak Bay Water Trail Association’s (KBWTA) is working to design, develop, and maintain a water trail with a vision to promote “adventure beyond the end of the road.” The focus is to support the exploration, understanding, and stewardship of the natural treasure that is Kachemak Bay.

The initial inspiration for The Kachemak Bay Water Trail came from KBWTA founder and co-chair Dave Brann’s knowledge of The Maine Island Trail, a water trail along the coast of Maine. While networking at the 2011 Alaska Trails Trail symposium in Palmer, Dave received encouragement to pursue the concept of a water trail around Kachemak Bay between Homer and Seldovia. 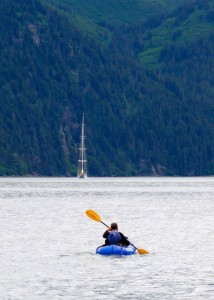 KBWTA is a real community effort, with folks from Homer to Seldovia, who are connected by their deep love of Kachemak Bay, as well as their affection and respect for the people who choose to live in and around Kachemak Bay and those who come to visit. In addition, many organizations have helped bring about the trail, including: the National Parks Service – Rivers, Trails and Conservation Assistance Program, Alaska State Parks, Alaska Department of Natural Resources, City of Homer, City of Seldovia, Kenai Peninsula Borough, Cook Inlet Keeper, Kachemak Bay Conservation Society, NOAA, Kasitsna Bay Lab, Alaska Department of Fish and Game, Kachemak Bay Research Reserve, Kachemak Bay Wooden Boat Society, HoWl, Friends of Kachemak Bay State Park and Alaska Trails.

In addition to interesting tidbits on the history and natural environment of Kachemak Bay, the KBWTA website – www.kachemakbaywatertrail.org – has maps of the bay and important safety information. Suggested itineraries are being developed. It’s a clearinghouse for information on Kachemak Bay and even has a spot for you to share your adventure.

What’s next for the Kachemak Bay Water Trail?

The KBWTA will be marking the Trailheads in Homer and Seldovia with a bronze plaque provided by the U.S. Department of the Interior, America’s Great Outdoors Program.  An official dedication is being planned for June, 2014.

Adding private, commercial enterprises to the trail will begin this winter so that travelers can link their trips to cabins, Bed and Breakfasts and other amenities in Kachemak Bay. The KBWTA will also be looking at developing and improving the trails and facilities of the State Park.

For more information on the Kachemak Bay Water Trail and to start working on your next trip, go to: http://www.kachemakbaywatertrail.org