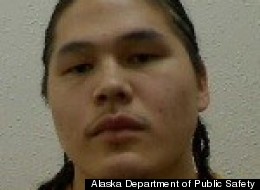 Alaska’s Attorney General held a press conference Thursday in Anchorage to admit that the state made a mistake in how they handled past cases involving Jerry Active.

Jerry Andrew Active had a history with the law. His first charges were in 2007 when he was 18. They involved furnishing alcohol to a minor in Togiak, where alcohol is banned. That’s a Class C felony. He pleaded guilty, in exchange for a suspended sentence, and got three years probation. But after he committed his next crimes, which included attempted sexual abuse of a minor, that felony conviction didn’t show up in a database authorities used to check his criminal history.

Attorney General Michael Geraghty says that if the database had been up-to-date, Active could have gotten more jail time.

Active, now 24, is charged with killing a Cambodian-American couple who were babysitting their great-granddaughter at their home in the Mountain View neighborhood, and of sexually assaulting the 2-year-old, along with her 92-year-old great, great grandmother. He faces additional charges for punching both of the 2-year-old’s parents including her pregnant mother.

Active had two more brushes with the law in 2012 and 2013. He was released from the Anchorage Correctional Complex on May 25, 2013, the day he is accused of committing the crimes. Geraghty says it’s hard to say if a longer sentence would have prevented Active from committing the crimes, but because of the mistake in his sentencing, the Alaska Department of Law is reviewing policies and procedures.

“I have undertaken a review with senior management here at the department to make sure that these mistakes are not repeated,” Geraghty said. “Even before this crime occurred, I had ordered a review of the department’s plea negotiation policies and we’ve been meeting for a number of months to review those policies and practices, with a particular emphasis on domestic violence and sexual assault cases.”

If convicted of all of the offenses, Active faces a minimum sentence of 171 years in prison. If convicted of the charges, Active also faces lifetime registration as a sex offender. His sentence would be determined by a judge, who is required to consider the seriousness of the crimes and the offender’s criminal history.