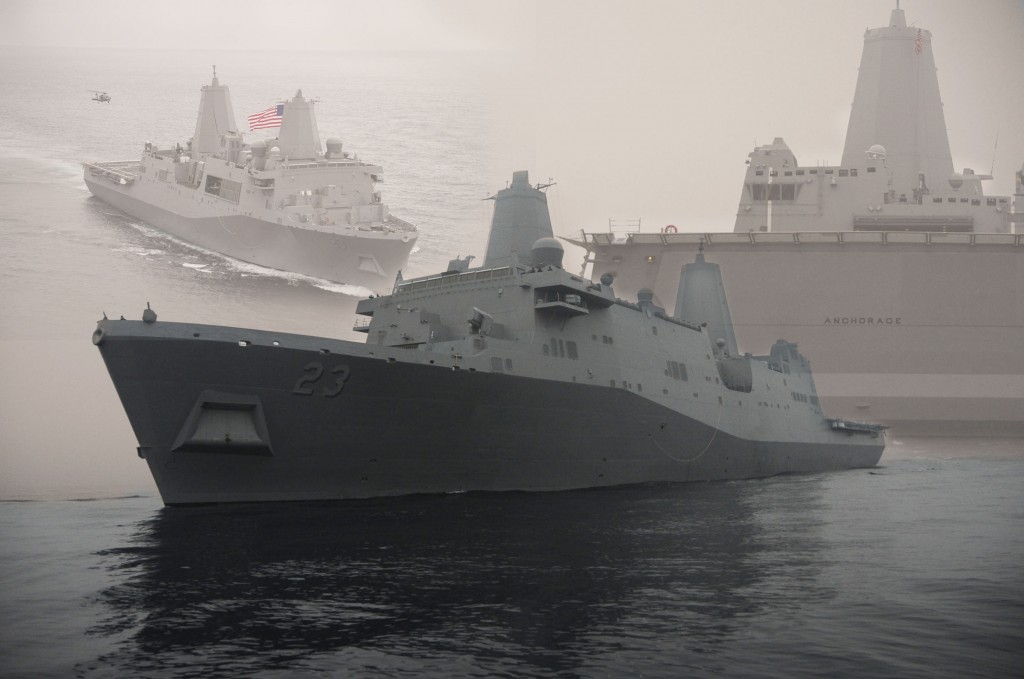 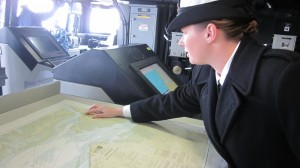 The USS Anchorage arrived in it’s namesake city, yesterday (Wednesday). Several events are taking place leading up to a commissioning ceremony for the ship on Saturday.
If you look down toward the port from Downtown Anchorage this week, you may notice a big gray ship. That’s the USS Anchorage, a new Navy transport vessel named in honor of Alaska’s largest city. It’s here for a commissioning ceremony on Saturday. But between now and then the ship is open to the public for tours.

Chief Petty Officer Ryan Astle, from California, is leading tours this week. He says the ship’s main mission is transporting troops and equipment, or as he put it, they’re a taxi service for the Marines.

“Essentially, that’s what we are. Joking, but we are a taxi service. We take Marines all over the world. Be ready at a moment’s notice.” 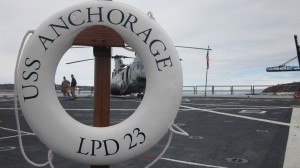 The are 360 sailors on board and 3 marines. But the ship can carry between 800 and a thousand. It’s nearly 700 feet long and 10 stories high. It was constructed in Avondale, Louisiana at a price of 1.3 billion. The vessel is based in San Diego, California. It took 9 days to get to Anchorage. The ship has self defense systems – anti-air missile launchers and large deck side machine guns. There are only seven of the San Antonio-class amphibious transport dock ships in the U.S. Astle says the ship is unique because of it’s ability to sink, allowing smaller ships to dock within the ship. San Diego-based Chief Mass Communications Specialist, Holly Gray, is also leading tours of the ship. She says The ship has a flight deck and can land and refuel rotary aircraft such as helicopters.

“Our flight deck area here – we actually have two main landing spots and four additional auxiliary spots. We don’t have aircraft assigned permanently assigned to the shift but we have the ability to land any rotary aircraft in the Navy and Marine Corp fleet, including the MV22 Osprey, we actually have one on deck for demonstration, as well as one of the other smaller helicopters.”

Beneath the ships main deck is the equivalent of a small city. A hanger bay, a full hospital, crew mess and living quarters. Down below, Gray points out where marines and sailors sleep. Quarters resemble a train car with ‘sit-up racks’ or shallow bunk beds stacked three high on either side of a narrow hallway. 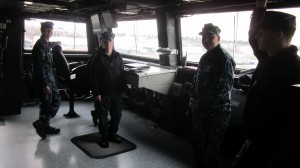 All the way up in the bridge, you’re around 100 feet above the water. And it takes a team to drive the ship.

“There’s a whole team of watch standards up here working together to make sure we take this very large ship, 684 feet long, without breaks, and navigate it through the water safely.”

But, back on a lower deck, the thing that makes the vessel stand out is that well deck. It just looks like a regular deck, but with a very high ceiling.

In the well deck at the moment is a special hover craft that can carry cargo vehicles and marines at high speed to shore. The ship is something to be seen, but Chief Petty Officer Astle says … it’s the people who run it that make it special. 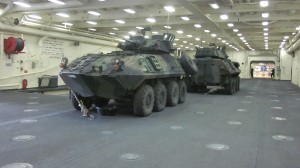 “The ship is a big piece of steel. The crew is what brings the ship to life. And we have the best crew on this ship. Hopefully representing Anchorage best we can.”

Astle and Gray are leading tours through Friday. The USS Anchorage’s visit is the first official event leading up to the Anchorage Centennial.

You have to have a ticket to attend. Shuttle service is available at the Northway Mall or the Sears Mall. To learn more about tours and other community events associated with the commissioning of the USS Anchorage go to: http://ussanchoragenavy.com/ 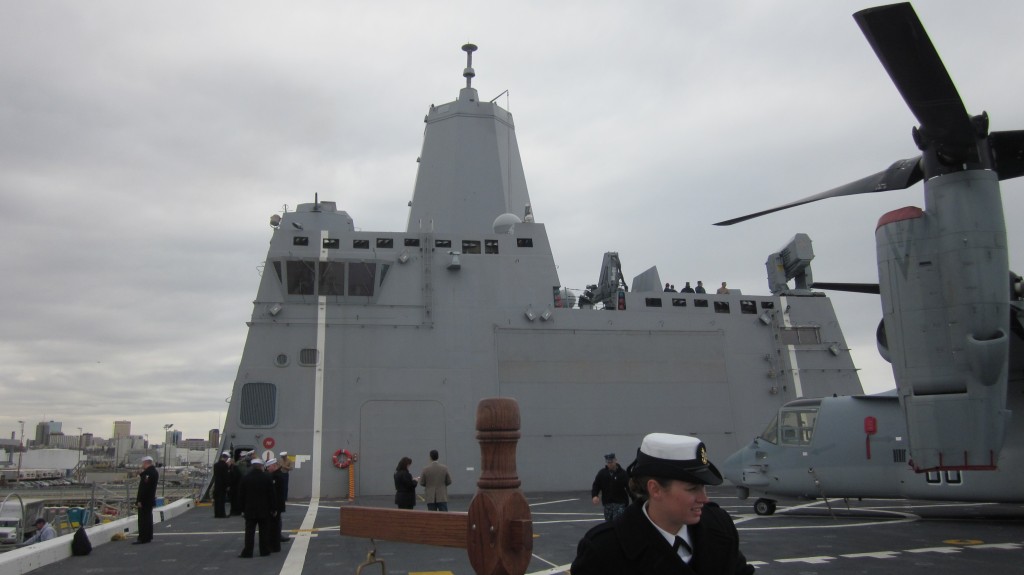