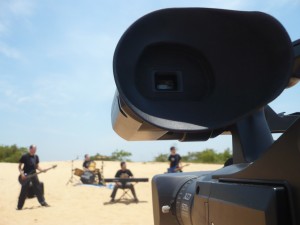 Recharge your old camcorder, try out your new digital camera’s video features, or even dust off your old home movies – Alaska filmmakers and film fans are hungry for motion pictures and they want to see your stuff. No experience necessary.

In Alaska, the barriers between having an idea for a short film, executing your vision, and then seeing it on the big screen are virtually non-existent. Last December at the Anchorage International Film Festival, audiences happily watched screenings from first-time Alaskan filmmakers to veteran storytellers. There was a short about an adventurous unicyclist in Seward, one about the hilarity of Alaska’s road signs marked with bullet holes, and a story about a Native Alaskan crossing the O’Malley Rd (which was brilliant and took top prize). Everybody was welcome.

Even though the filmmaker’s circle is still pretty small in AK, the filmmakers are wonderfully anti-elitist (see the web-based Alaska Filmmakers series) – the truth is they really want the filmmaking community to grow and include Alaskans of all ages and backgrounds. And they want to help you get started!

So, in addition to the Anchorage Film Festival, here are a few other calls for submissions happening right now. In the process you’ll probably make some new friends, receive some good tips, and maybe get a few interested volunteers to help with your next project. (If you know of others, please add them in the comments section below).

So what are you waiting for? Go make a film – trust me everybody really wants to see it!

No explanation necessary. If you get your short in the Snowdance competition (Alaska-based films), you’ll be rewarded with sold out audiences, a sea of accolades, and you can probably put one of those little film festival reefs on your DVD cover.

This is a brand new film festival that is all about Alaska shorts and screenplays. I ran into festival organizer Woodruff Laputka at Bernie’s Bungalow the other day, and he said they’ve received many submissions already (some from first-timers), and they’re hungry for more!

Alaska Film Forum’s ingenious idea captures the spirit of open mic nights with a film theme. This is so great because there’s really nothing stepping in the way of you showing your short movie on the big screen, to an audience that will probably love it. Okay, maybe if you don’t live in Anchorage, but . . .

Seeing your short film on TV is probably the coolest thing ever (and I’m not just saying that because I work for a TV station – hah). Your entire family, friend circle, and semi-acquaintances on Facebook can all tune in and watch throughout Alaska. The only catch is there are stricter guidelines for television broadcast, so you probably can’t use Justin Bieber’s “Baby” as the backing audio track.

And speaking of television (here comes my plug), we here at KAKM Channel 7 love to see the Alaska filmmaking community grow. That’s because our viewers want to see more Alaskan-based programs on TV, and we’re always looking for new feature-length programs to broadcast.

So there you have it – everybody wants to see your movie!

-Slavik Boyechko is Membership Manager for KAKM and KSKA 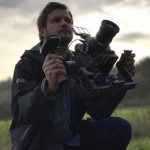 Slavik Boyechko is Membership Manager for KAKM and KSKA.