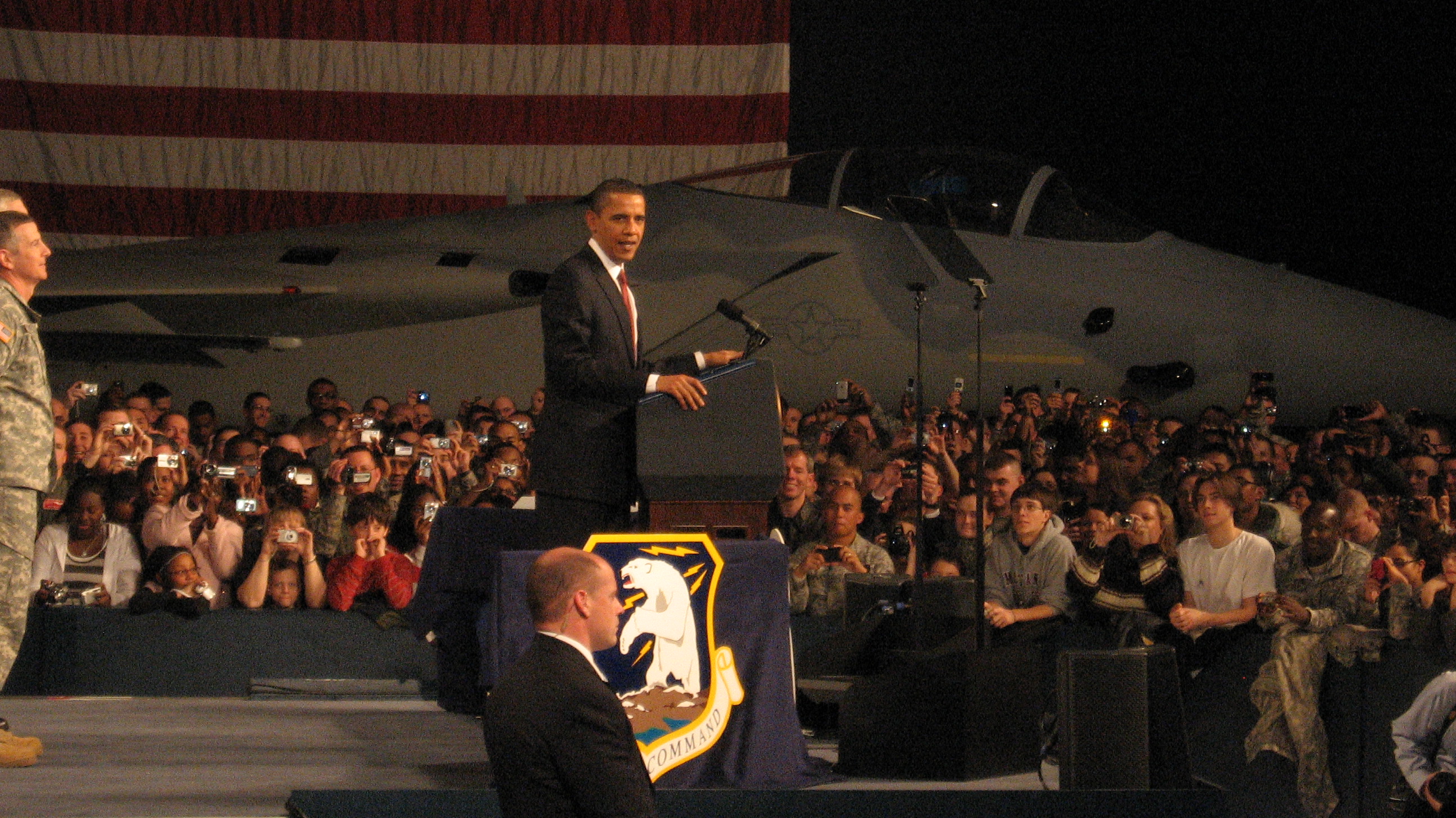 President Obama Visits Alaska
Lori Townsend, APRN – Anchorage
President Barack Obama greeted troops and their families at Elmendorf Air Force Base today during a brief stop as he travels for his first presidential visit to Asia. He spoke for just under 15 minutes.

Governor Parnell Calls Attention to Maintenance Issue
Dave Donaldson, APRN – Juneau
Governor Parnell says Alaska needs to spend more time and money – taking care of what it’s buildings and infrastructure. Recognizing that maintenance repairs are usually low-profile, not very politically popular items in the state budget, Parnell says he plans to elevate the subject this year and in the future with a separate, highlighted part of the budget spending one hundred million dollars to fix things.

Scholar Looks at Southeast Alaska Native Languages
Casey Kelly, KTOO – Juneau
None of Southeast Alaska’s three Native languages are related to each other. Jordan Lachler, a linguist with the Sealaska Heritage Institute says there may be some bonds between the Tsimshian, Tlingit and Haida people, but language isn’t one of them.

Documenting the Cupigg Civilization
John Active, KYUK – Bethel
The village of Mekoryuk is furiously trying to learn all they can from their two remaining elders. The village, located on Nunivak Island in the Bering Sea is home to the only living Cupigg civilization in the world. And their elders are the only remaining Cupigg people to live before western civilization was established on the Island.

Alaska News Agencies Win Battle with Hollywood
Ellen Lockyer, APRN – Anchorage
The sci fi film The Fourth Kind is set in Nome, but some residents of Alaska’s gold rush city disputed the film’s premise of extraterrestrial abductions in Nome a decade ago. Members of the Alaska Press Club in particular were disturbed by Universal Studios use of fake news archives on websites used to promote the movie.

A Veteran Tells His Story in Sitka
Robert Woolsey, KCAW – Sitka
At a special presentation commemorating Veteran’s Day at the Sitka Chamber of Commerce yesterday (Wednesday), members were asked if they knew the difference between Veteran’s Day and Memorial Day. Veteran’s Day, as chamber director Sheila Finkenbinder noted, was originally known as Armistice Day, to commemorate the end of World War I – the “war to end all wars.” Veteran’s Day may seem like a strange mid-week holiday to many people, but to others it has a powerful meaning.