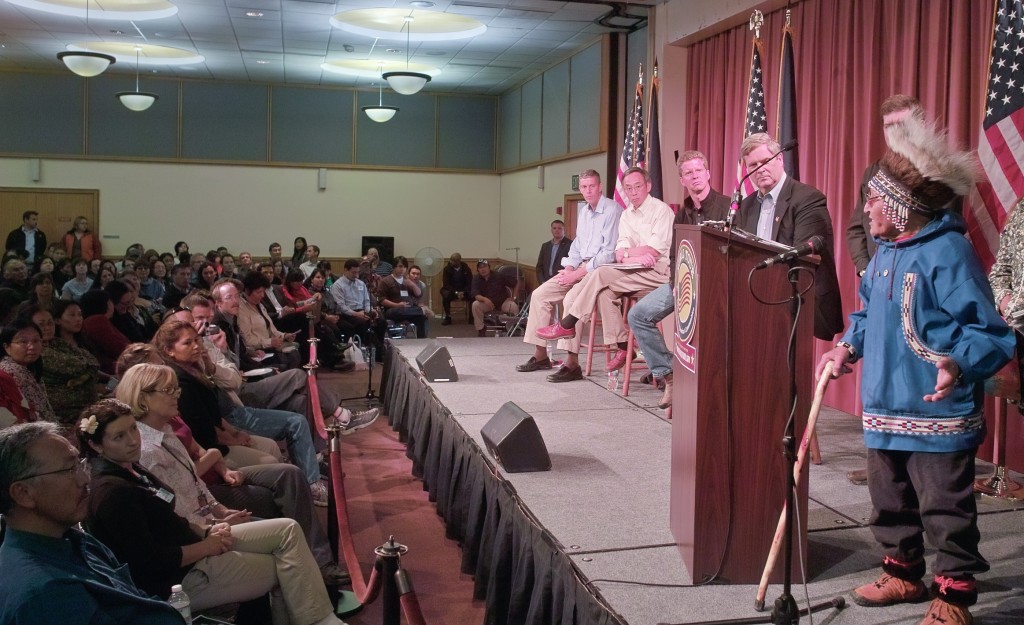 Judge Allows Private Emails for AK Officials
Dave Donaldson, APRN – Juneau
An Anchorage judge on Wednesday declined to put an immediate stop on the governor’s office from conducting public business on private e-mail accounts.  A Superior Court judge did not grant a summary judgment against the state in a case challenging former-governor Sarah Palin’s practice of using her personal address instead of her state accounts.

Juneau Nonprofit Has Plans for Former Mine
Rebecca Sheir, KTOO – Juneau
In Juneau, a new nonprofit has big plans for the site of what was once the world’s largest gold mine. Between 1882 and 1922, the Treadwell Mine yielded nearly $70 million in gold. That’s equivalent to roughly $1.5 billion today.

Cabinet Members Visit Bethel
Angela Denning-Barnes, KYUK- Bethel
Arne Duncan and three other cabinet Secretaries flew to Bethel today. Their flights were delayed by 3 hours, so their agenda was pushed back throughout the day. But Y-K Delta residents still had about an hour to meet with the Secretaries in a town hall meeting before the entourage flew out to Hooper Bay.

Wildfires Could be Sign of Climate Warming
Dan Bross, KUAC – Fairbanks
This summer’s massive wildfires are likely a symptom of climate warming.  That’s the take from University of Alaska Fairbanks forest ecologist Glenn Juday. He says the individual occurrence of high fire years is not unusual, but their increasing frequency is.