State lawmakers got into the details of the proposed gas line today on the first full day of the special session. Plus, a new gallery featuring Alaskan artists opens in the 3-D virtual world of Second Life. Those stories and more on tonight’s Alaska News Nightly, broadcast statewide on APRN stations.

Individual news stories are posted in the Alaska News category and you can subscribe to APRN’s news feeds via e-mail, podcast and RSS.

‘Alaska Ranger’ sinking report expected this week, propellers a major focus
Charles Homans, KIAL – Unalaska
Coast Guard and National Transportation Safety Board (NTSB) investigators may wrap up their investigation into the sinking of the fishing trawler “Alaska Ranger” as early as Friday. The Marine Board of Investigation is hearing testimony this week in Boston, after which the board members will begin writing their report on the Easter morning disaster.

Climate change bill drawing amendments and Alaskan scrutiny
Joel Southern, APRN – Washington, DC
It was slow going with the Lieberman-Warner climate change bill in the U.S. Senate today. Bill sponsors had hoped to start dealing with amendments. But debate time didn’t start until early afternoon Eastern time. And when the bill was brought up, it contained revisions that Republican opponents hadn’t seen, so they demanded the whole thing be read word-for-word.

Anchorage Schools raising school lunch prices, may be first of many
Len Anderson, KSKA – Anchorage
The Anchorage School District will likely be raising the price of its school lunches. And even a proposed $0.25 increase may not be enough to meet a predicted budget shortfall next year. 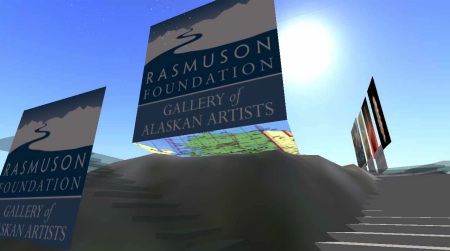 Rasmuson Foundation opens virtual art gallery in Second Life universe
Lori Townsend, APRN – Anchorage
The Rasmuson Foundation has a new gallery featuring Alaskan artists. But in the real world you won’t be able to check it out anytime soon. That’s because the gallery only exists in the 3-D virtual world called Second Life. The popular service allows residents — or avatars — to interact with each other, explore the space and create and trade property.